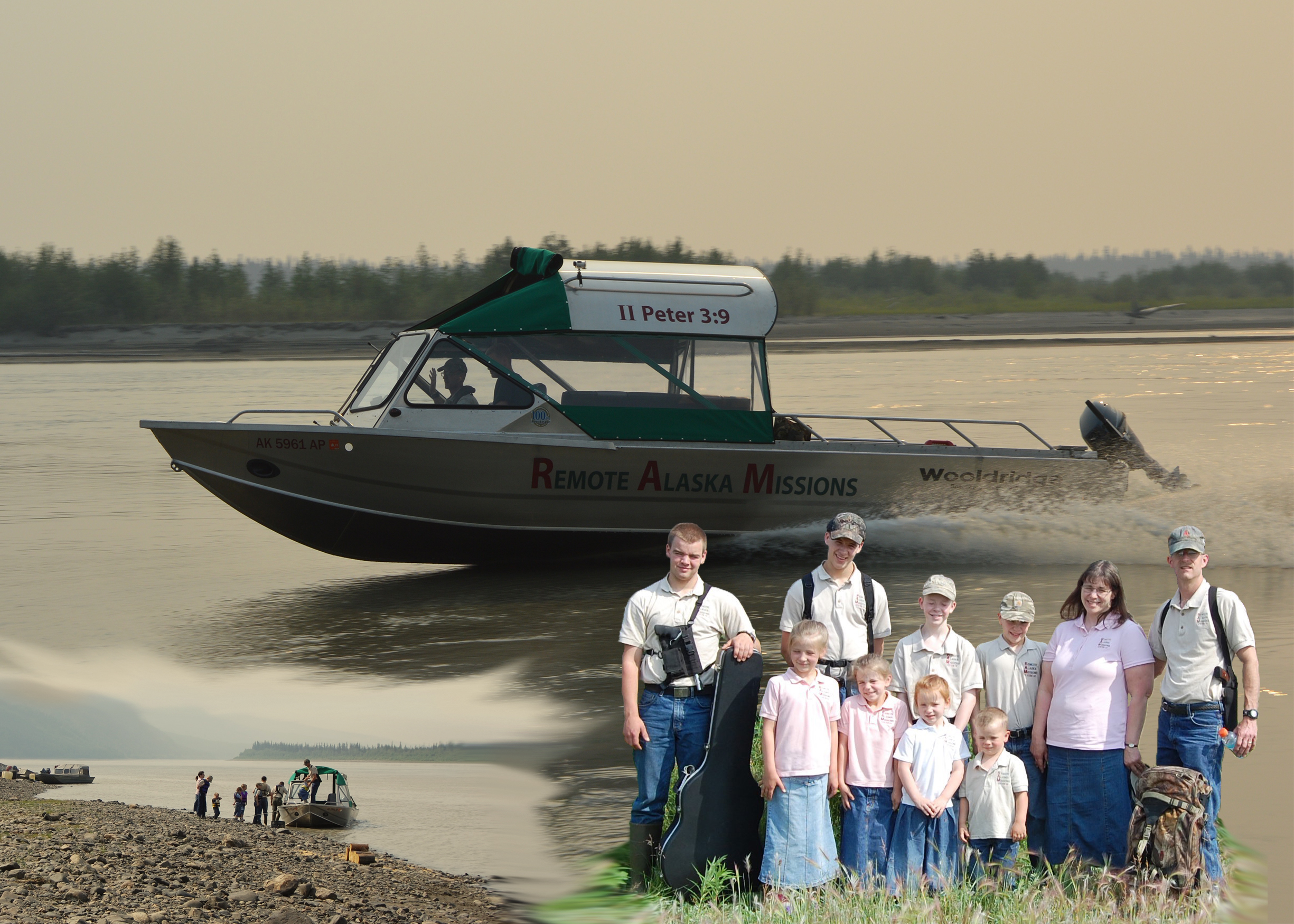 The Lord has clearly prepared the Pinnix Family for the difficult work of carrying the gospel to remote Alaska.
John Pinnix first moved to a homestead in rural Alaska with his parents in 1973.  John later returned to Alaska as a navigator in the US Air Force on the E-3 AWACS, this time with a family of his own.  While in the Air Force, John received vital training in navigation and arctic survival skills over his 20 year career.

John and his family have been active members of the Independent Baptist Church of Anchorage since 2004.  In 2007 John took a leading role in starting Remote Alaska Missions (a ministry of Independent Baptist Church) while assigned to Elmendorf AFB.  The task at hand was to coordinate resources, logistics, and people and lead trips into the Alaskan bush by boat, airplane, and snowmachine.  Since Remote Alaska Missions began, John has spent much of his personal time and income to take the gospel to the people of remote Alaska.

When John retired from the Air Force in 2010, he became a full-time missionary to remote Alaska, serving under the Independent Baptist Church of Anchorage.