After traveling in Alaska during the winter months beginning 2005, I learned that using an open snowmachine trailer for hundreds of miles and then having to chip ice and snow off of your equipment is NOT how to do this as a full-time missionary. I realized that towing an enclosed snowmachine trailer that could double as a sleeping quarters was the only way to go.

While I was in the lower 48 finishing my military career, I made it my main goal to drive back to Alaska towing an enclosed trailer.  A few friends designated love offerings and helped me find this trailer and others helped by designing and delivering the trailer to Alabama. Once the snowmachine trailer was complete a Pastor asked what I was doing with that trailer and I explained to him the need we had in Alaska and he paid $1,000 to have graphics put on it. After the graphics were complete I took it to his church to show him the work he had funded and he showed it off to a contractor that was there doing some building for their ministry. That contractor also got a burden to help us and lined us up with a connection of his that would spray foam insulate the inside of it for us for free.

Once we got it to Alaska we knew we had made the right choice. It was really nice having a place that was insulated to sleep in between trips to multiple villages while away from home for several days. The first trip out using propane buddy heaters inside revealed the reality that we have to install some kind of permanent heat. A man in Alaska that owns a camper building company installed a 33,000 BTU furnace in it. Over the years of using this trailer we learned how we could further modify the interior to make it the perfect winter asset for our ministry. On Christmas Eve 2014, I stopped by the same camper manufacturer to price the parts that would complete the project we had been working on the last two weeks. I wanted to know what it would cost to get a small single burner propane stove, 12 V LED lighting, forced air heat for the furnace, a window, as well as other nice accessories to save us work while converting the trailer from a snowmachine hauler to sleeping quarters. The owner of the company obliged and confirmed that he had all of those things for us,  pulled them off the shelf, and gave them to us free of charge and said, “Merry Christmas!” 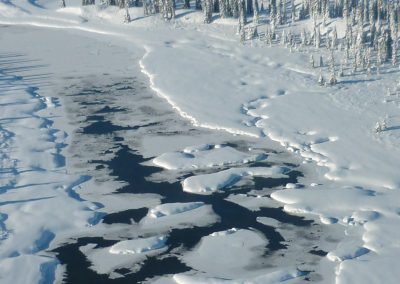 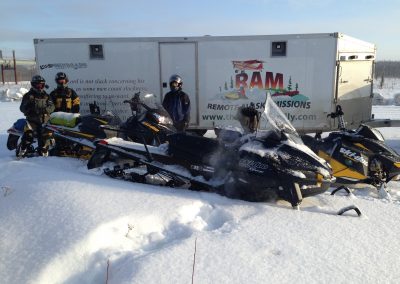 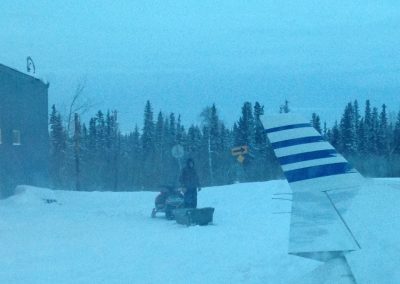 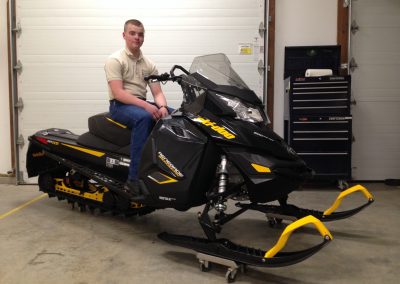