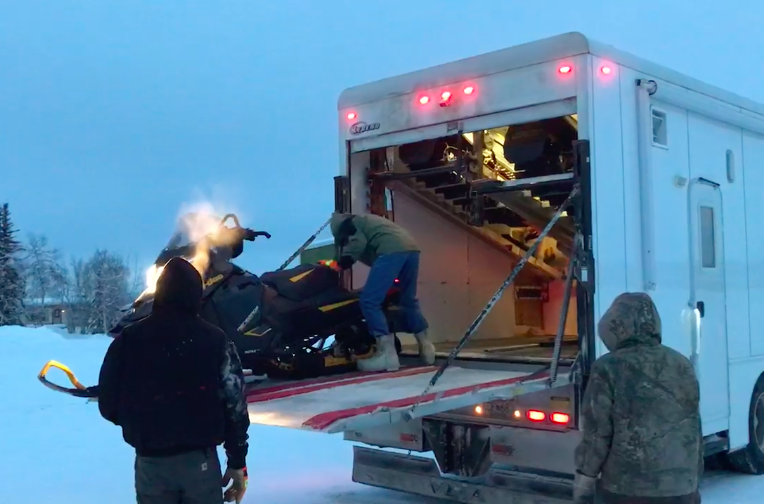 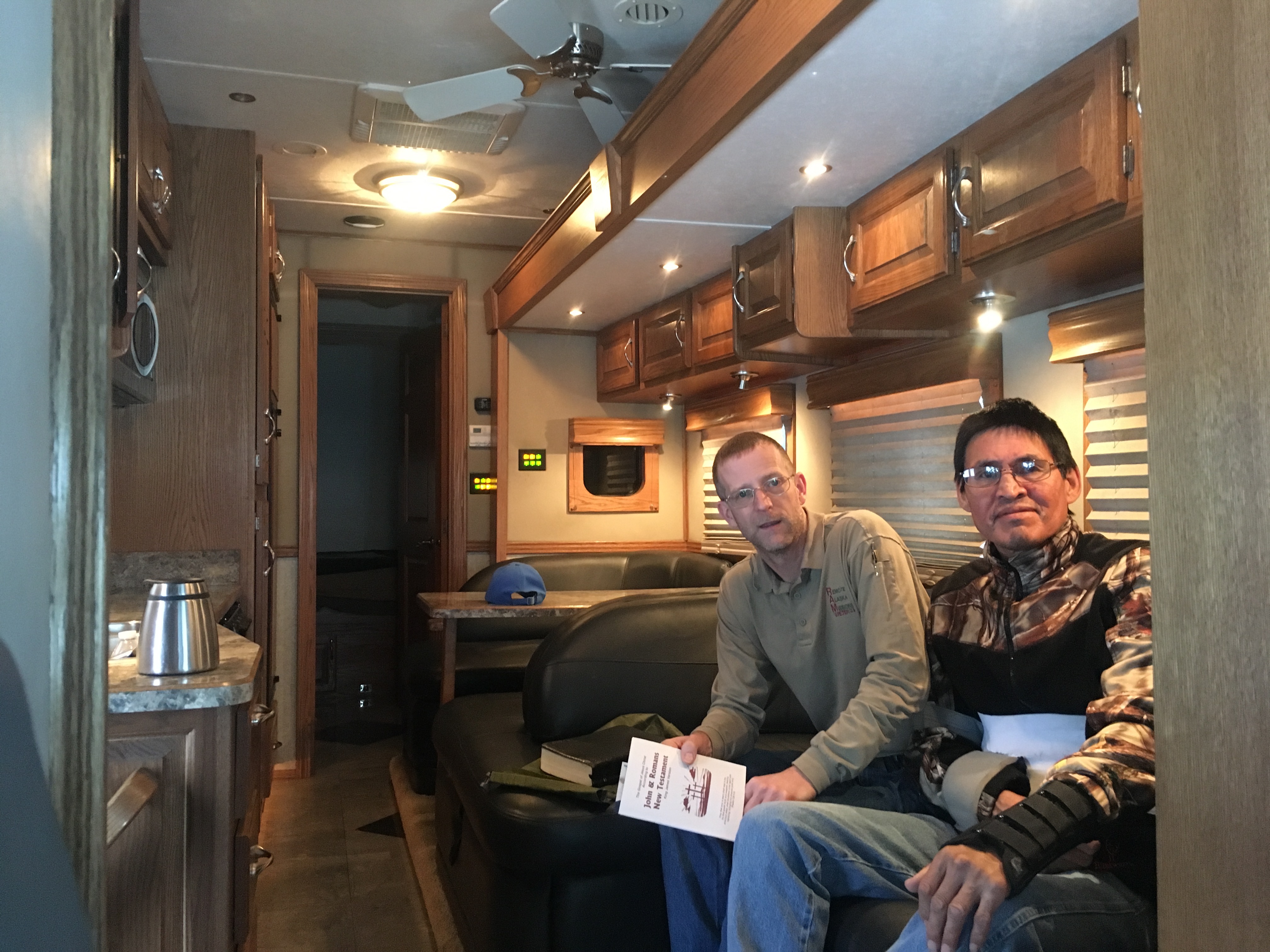 I am excited to update you on the RIG. Our first few weeks having the RIG in Alaska, found us removing the garage wall, rebuilding it out of steel, insulating and relocating it as far forward as possible to make the garage area “long enough” to hold snowmachines. After the fabrication of special ramps inside, we now can stack 2 machines over 2 more machines and have exactly 1 inch of “extra” space to close the door. It is “enough”!

Immediately after this first phase was finished, we ventured to the interior and ran the circuit. We learned a LOT about this unit as we hauled the snowmachines inside of the RIG for over 1,000 miles and had services in two villages. After the services in the interior were complete, we began the two day journey home. While spending the evening in Fairbanks, a man at the Bible Baptist Church said that Herman George from Stevens Village called and wanted to visit with me. We took an extra day on the road and went to where his was and had him inside the RIG for coffee. While witnessing to him, I told him that mixing his “works” with God’s grace, was like adding cream and sugar to his coffee. After 45 minutes, he said, “Pastor Pinnix, I am ready to empty my cup and fill it with Jesus alone”. This is awesome stuff! Back when I first test drove this RIG, I led the salesman to Christ and the first trip into the interior, I led Herman to Christ. The neat thing about Herman is that he is the step brother to Herb George. Herb was the first person I ever led to Christ in Bush Alaska in 2005. I never saw Herb again before he went to heaven. That was a close call for that man!

My wife and I flew to Colorado a few weeks ago and presented the need for the second phase of renovation on the RIG. A large group of pastors in attendance gave about 20% of the estimated cost! We explained to them how we had finished the first phase and have already been using the RIG to haul snowmachines this winter. Now the second phase will make the RIG even more useful. It will have a diesel furnace inside that can preheat the engine, preheat the generator, heat the domestic hot water, and the entire inside of the coach, allowing us to use the plumbing and be able to restart the main engine in temperatures below -40! Coupled with the heat is spray foam insulation throughout the unit. This will all be done with less than half the cost of having the manufacturer build us one, plus we are able to use it minimally right NOW.

Thank you all for your prayers, financial help, and encouragement. As soon as we conclude the winter season this weekend, I plan to travel with the entire family (minus Nathan) all the way to Alabama and back and visit several supporting churches during April and May. Many have been supporting us almost 10 years and have never seen some of our children. If you are “on the way” and would like us to “stop in” PLEASE let me know.

Please continue to pray for us,
The Pinnix Family